The Infinity spinning top from Billetspin strikes a middle ground in a number of ways. It is sandwiched between the announcement, and the release of the K2. It also fits somewhere between the competition long spinner Rich made for Top Con 2016, and the Paradox. 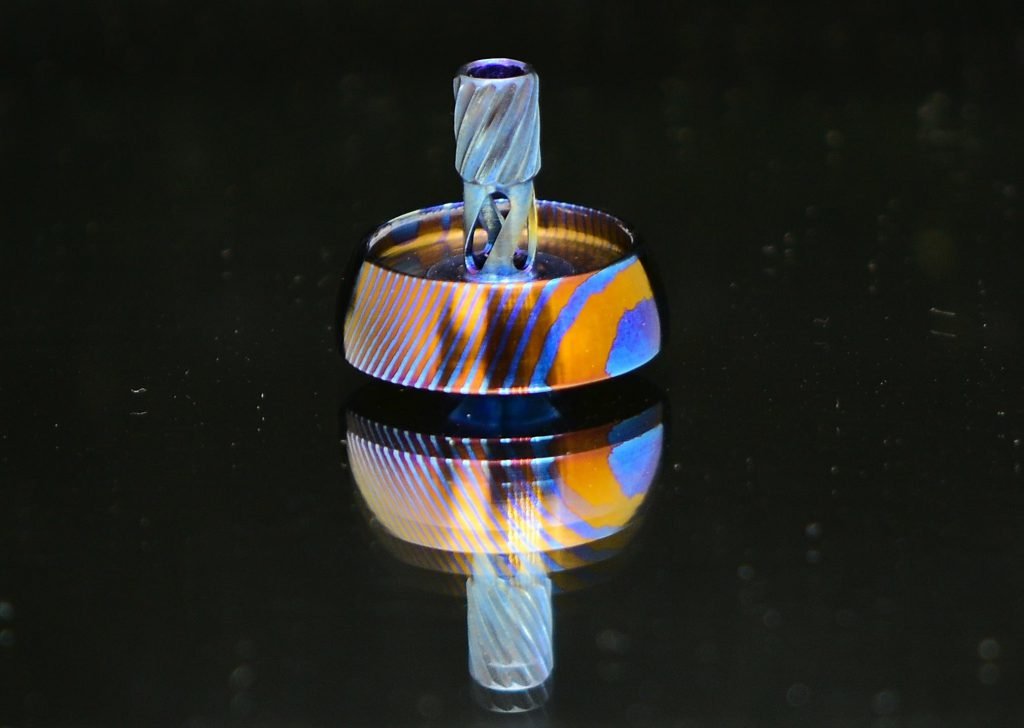 The design of the Infinity is another which is a careful balance between form and function. Much like the Paradox there is a trade-off which has to be made between a good looking top, and one which spins for a long time.

Some people mentioned that the Infinity looks a lot like the paradox. This is due to the same constraints. For a top to spin for a long time, you need the weight to be as far out from the stem as possible, and as low to the ground. This is what led to the prototyped being a hemispherical design.

The benefit to this top being a two piece, in contrast to the one piece paradox is that the stem can be a different material to the body. Therefore the stems of the infinity were made with light materials, and the outside made with heavy. Hence the large amount of tungsten combinations.

This is the first general release spinning top from billetspin where every combination has an exotic material in it. One exclusive was made however. This was a Mokuti/Flamed Titanium combination. It was the first time that Mokuti had been used by billetspin, the only other time would be in a similarly limited run in the K2.

Neither of these tops were made for sale. One was part of an auction for all of the prototypes (the budle sold for $3,400), the other was given away

All of the 8 general release tops were released on the Billetspin website. They ranged from $140 for W/Aluminium, up to $170 for the Super Conductor variations.