The Griffin G1 is one of the earlier spinning tops made by Griffin Precision. Griffin is known for making very simple but elegant designs, and the G1 is one of the trend setting early models made by Tom. The other thing that Griffin products are known for is how hard they are to get. This is not because they are necessarily rare, but rather because once people get theirs, they do not want to sell. 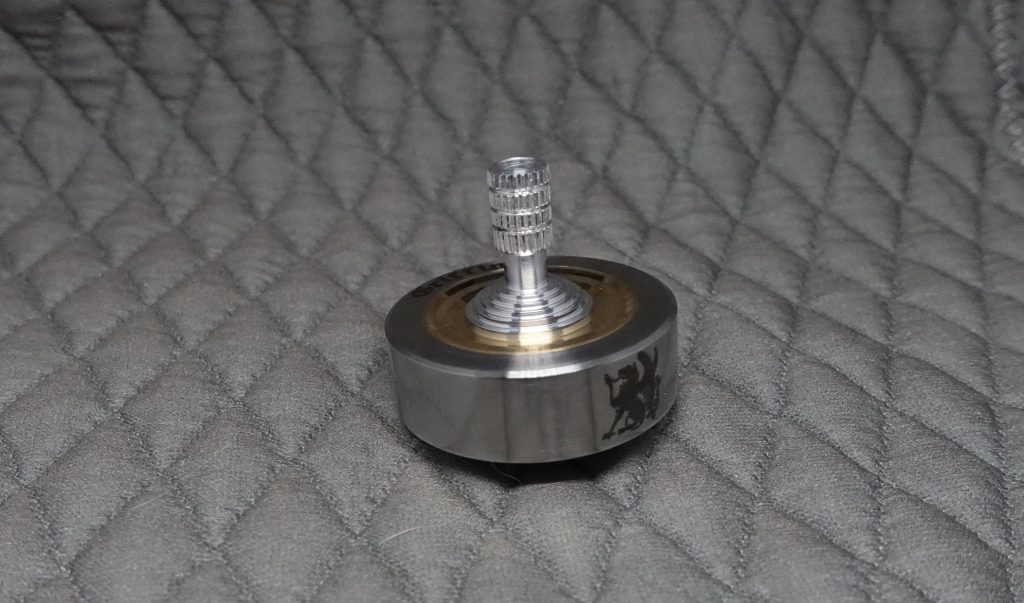 Having never owned a griffin before this, and resigning myself somewhat to never getting one, I was surprised when one came up that I could afford. I leapt at the opportunity when it arose to get my hands on this beauty and bought it as part of a purchase of a large box of tops. The first thing that struck me about the top is its size. It physically dominates anything else in my collection except the Billetspin Pandora.

The beauty of this spinning top lies in its simplicity. There is a fine line between being simple, and elegant, and this top as well as most other griffins walk that line incredibly well. The most noticeable part of this top is the large wall of stainless steel around the outside. The only thing breaking this up is the laser engraved Griffin on the side. Without that there would just be one large unmarked face, but somehow I feel it would still work. 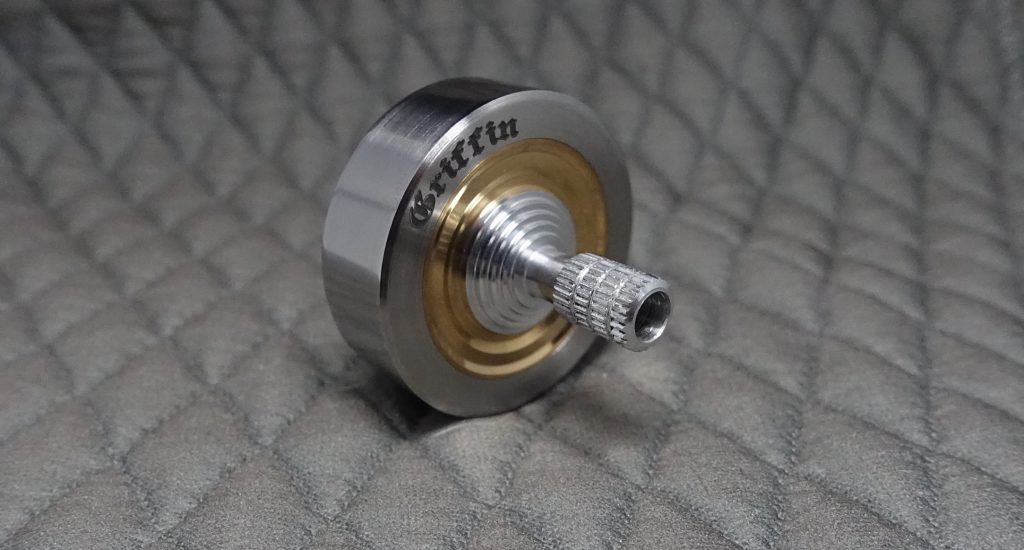 The result of all the untarnished metal on the outside is that the top is not only very heavy, but it settles incredibly quickly on the right surface. The top does not have a huge clearance, so bases with a steep curve won’t lend themselves particularly well to this spinning top, but flatter bases are where it thrives. My top sits down in the middle of a good base within seconds, something that nothing else I have ever owned has done, including the Pandora which is renowned for its quick settle.

Now, it may be somewhat idol to say “go out and get a griffin” because its not that simple. But what I can say is that they are worth the hype, and if you are on the fence, or see one pop up, then you should absolutely go for it!